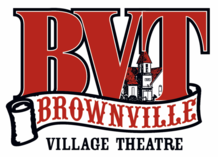 A Wrinkle in Time

The multi-award-winning young adult science fiction novel comes to life on stage. This family adventure follows Meg Murry, a moody but brilliant teenager, as she teams up with her little brother Charles Wallace and friend Calvin O’Keefe as they embark on a journey through space and time. With the help of a fantastical trio, they go to battle with the forces of evil as they try to save the Murrys' father and the world.

Struggling artist Payne Showers finally gets his big break: he dies! Fortunately, Payne's death greatly inflates the value of his work. However, his estranged wife, Maggie, must sell it all to avoid bankruptcy. Just days before the auction, she hosts a private showing. When one of the guests makes a deal to buy dozens of paintings, Maggie is delighted. At this point, the only thing that could go wrong would be if Payne Showers were to miraculously walk through the door. Then, Payne Showers walks through the door.

Produced by special arrangement with the Dramatic Publishing Company of Woodstock, Illinois

The popular 1970’s cartoon that taught us science, math, history, and grammar with catchy tunes is brought to you live! Tom is a nervous schoolteacher getting ready for his first day of teaching. Suddenly, various characters emerge from his TV set and show him how to win his students over with imagination and music. Enjoy some of those nostalgic classics like “I’m Just a Bill”, “Interplanet Janet”, and “Conjunction, Junction” with the whole family.

Crimes of the Heart
by Beth Henley

Dramatic Comedy
​The story of the three Magrath sisters, Meg, Babe, and Lenny, who reunite at Old Granddaddy's home in Mississippi after Babe shoots her abusive husband. Past resentments, both silly and significant, bubble to the surface as the sisters are forced to deal with assorted relatives and past relationships while coping with this latest incident. Each sister is forced to face the consequences of the "crimes of the heart" she has committed.

Neil Simon’s hilarious fable returns to the BVT stage. Set in the small village of Kulyenchikov, Ukraine during the late 19th century, the story follows Leon Steponovich Tolchinsky, a teacher who takes a new job educating Sophia, the daughter of Dr. Zubritsky and his wife, Lenya. Leon soon learns that there is a curse on the village that makes everyone stupid, but complications ensue when Leon falls in love with his pupil.