Rene Shwartzbuckle is cuckoo for a turnip-like vegetable called rapunzel.  When she spots a mouth-watering patch of the plant in Witch Izwitch’s garden, she sends her husband Walt out to ’borrow’ some.  Witch Izwitch is certainly not amused!  With her diabolical henchmen, the Glumpwarts, she terrorizes Walt into promising her his firstborn child in exchange for his freedom.  We then jump ahead many years to Rapunzel (now you know where the name comes from!)  Shwartzbuckle’s 18th birthday.  The witch and the Glumpwarts show up as promised and whisk poor, innocent Rapunzel away to a tower in the forest.  From here, a boisterously entertaining rescue attempt begins! Can Prince Llewellyn persevere over the powers of evil?  Filled with plenty of action and fresh, hysterical characters, this show gives a new twist to an old story and a gentle message about the nature of beauty. 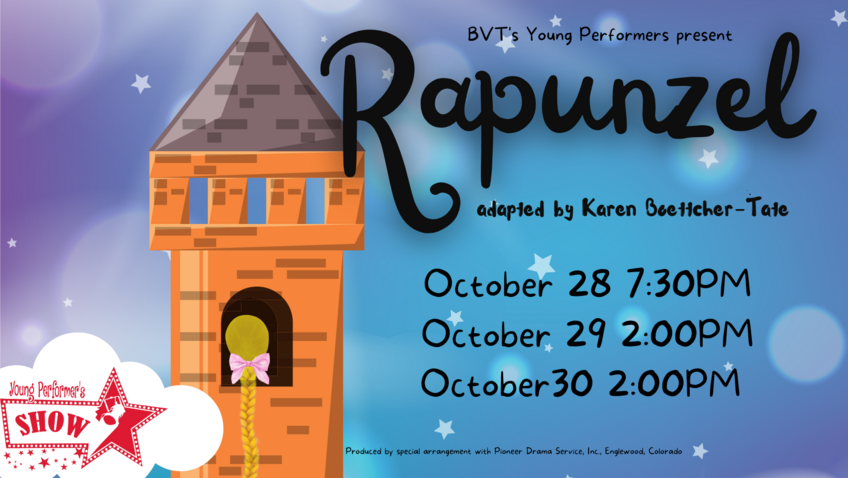